Finally, the new debut LP of BLACK LOVE is out now in Europe!

Black Love is a six-piece band from Montreal, Canada, and plays emotional and epic post-hardcore in the vein of Touché Amoré, Pianos Become The Teeth and Envy.

Very excited to announce that the new 12″ album of I Am A Curse is officially out now!
Heading out of Le Mans, France, I AM A CURSE are smashing out their second album ‘Sequel for an Unforgiving Wreckage: Civil Wars’ which brings dark post-hardcore tunes created by heavy instrumental work and emotional vocals. If you think of French hardcore bands, of course BIRDS IN ROW get in your mind first. But I AM A CURSE don’t have to stand in their shadow, this output definitely can hold up to bands like said BIRDS IN ROW, NO OMEGA or JUNGBLUTH. This has chances to become epic!
Up next: BLACK LOVE – s/t 12″

Next release will be the debut LP of Canadian post-hardcore band BLACK LOVE from Montreal.
The first track is already up for streaming on the band’s bandcamp. I’m sure fans of Pianos Become The Teeth, Caravels or Touché Amoré will love it! The record is in the pressing plant right now and will be out in early September.
Black Love will also be touring Europe in September and October. Dates will be posted soon.
New distro items / restocks

Even more is on the way…

Thanks for your support. It really means a lot.

BLACK LOVE is a relatively new post-hardcore band from Montreal, Canada, who’s new album will be released in the course of September.
The band has now uploaded a first song off their self-titled which you can stream from http://blacklovemtl.bandcamp.com
The album is at the pressing plant right now and we expect to have the test pressings very soon. Preorders start in the end of August.
Please help us spread the word about the band and show it to your friends and family! And also show them some love on Facebook: http://www.facebook.com/blacklovemtl

I AM A CURSE – SEQUEL FOR A UNFORGIVING WRECKAGE: CIVIL WARS 12″ will be out in a week! The vinyls should be with me in a few days and I can’t be more excited. Preorders can be made through http://www.icorruptrecords.com

There are a few new distro items in the mailorder and some more will be added soon.
New:
Baton Rouge – Totem 12″
Failures – Decline And Fall 12″
Holy – Seclusion MMXIV 12″
Thou – Heathen 2×12″

As always: Thanks for reading. Hope to see you soon!

Good news! All copies of the upcoming I AM A CURSE 12″ which is called ‘Sequel For An Unforgiving Wrecke: Civial Wars’ are with the band and will be shipped to me soon. This means that we have an official release date: July 28th!
Preorder is up now! The pressing is limited to only 300 pieces in total so bette be quick to save a copy for your collection! Every record comes with a silkscreened cover.

For fans of Birds In Row, No Omega, Jungbluth, Alpinist, …

I am back from tour with The Reptilian and Locktender and it has been just awesome. You definitely have to check out both bands if you haven’t yet.

That also means that the mailorder if finally online again with tons of new records and also some merch.
Here’s an overview:

Also more stuff will be in in the next weeks, for example the new albums of La Dispute, Sleep Kit and others.

I am so happy that the Euryale – s/t 12″ is out now and it’s such a beauty!
Euryale is not a band. Euryale is a musical project consisting of all members of Kokomo and Terraformer who create massive post-rock soundwalls with dark atmospheres. For fans of Year Of No Light, Isis and Amenra.
The record comes as a one-sided 12″ with a screenprinted B-side. Limited to only 300 pieces!

Next release will be the new album by I Am A Curse which will be out in the course of June. Look out for more news and preorders about that!
I will be on tour soon with Locktender and The Reptilian from May 16th until May 30th. That means that the online store will be closed on May 13th until June 1st. So if you are in need of new records, order now!

Just a heads up about two upcoming releases and the current label’s situation:

EURYALE – s/t 12″ will be out in a few days. This is a side project with all members of Kokomo and Terraformer. Preorder is still running. Stream the record via bandcamp:
https://icorruptrecords.bandcamp.com/album/s-t

Next one will be the new album of I AM A CURSE, called ‘Sequel for an Unforgiving Wreckage: Civil Wars’. This will be out in the middle/end of June. Preorders will be up in the beginning of June. In case you don’t already know them: they are from France and they are heavy as fuck! If you like bands like Birds In Row, No Omega and Alpinist, you will definitely love them!
And in fact you can already listen to the record here, enjoy: http://iamacurse.bandcamp.com/

Since I am moving to Cologne right now and will be on tour with Locktender and The Reptilian soon, the webstore is limited to only all ICR release and a few distro items. All other distro items will be available again in June, when I’m back from tour.

I am more than happy to announce that three(!) upcoming releases are up now for preorder:

WILLY FOG – HARLEKIN GEISTERPFEIFENFISCH 12″
The first album of the German bad boys WILLY FOG it finally out. On this record the band totally created their own style of music, so I can’t really tell what genre it is. Maybe a mix of Emo-Punk and Postrock. Raw and emotional vocals with German lyrics team up with great soundwalls.
Preorder special: All records include a self-made patch!

LOCKTENDER – RODIN 12″
It isn’t a big secret that Locktender from Cleveland, Ohio, are probably the most productive band at this time. Inspired by the works of 19th century’s artist and sculptor Auguste Rodin the band is now putting out their newest full-length ‘Rodin’.
After their first album ‘Kafka’, they now deliver four diversified tracks about arts and beauty, filled with lots of emotions, rough tensions and beautiful moments.
Somewhere between atmospheric post-hardcore, screamo and post-metal Locktender definitely create their own sound with this record.
The record come is in a thick gatefold cover, with creamy white vinyl and will be out in time for their European tour with The Reptilian which is going to happen in May 2014.

AMBER / LOCKTENDER Split 7″
Two of the most interesting bands these days team up to release a killer EP. Amber from Germany play an awesome mix of post-hardcore, post-metal and sludge. Heavy soundwalls and aggressive vocals form a bombastic piece of music here.
Locktender on the other side couldn’t be a better match for this split record. With ‘The Piazza’ the band delivers a forward going and epic song.

Right now I am working on the new releases of Euryale (Kokomo + Terraformer), Argos and I Am A Curse. More news on that soon.

it’s a monumental step for I.Corrupt.Records… the new mailorder just went online with its own address:

Check it out, tell all your friends and shop the hell out of you!

Two preorders and album streams will be up in less than a week: the new WILLY FOG album and the new LOCKTENDER album. Both will be up in the new online shop of course.

Also, don’t miss LOCKTENDER on their European tour with THE REPTILIAN in May:

long time no hear, I hope you had a good 2013. It’s been pretty quiet but a lot of cool things were being planned for this year.

I am very proud to announce that Canadian punk rock outfit DISTANCES joined the ICR family. Their debut album will be released on vinyl in April. Check them out on Facebook and listen to their first EP on their Bandcamp

My best buddies in LOCKTENDER are being busy as always. A split 7″ with AMBER will be released in February, the new album ‘Rodin’ comes out in April and then they will come back and tour Europe in May for two weeks with the amazing THE REPTILIAN. See the tour dates below.

Also, two German bands joined the family: ARGOS and WILLY FOG. Both bands recorded new albums which will be released in March and April. 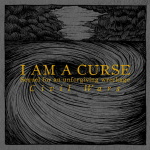 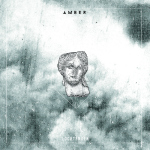 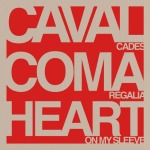 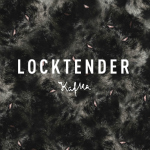 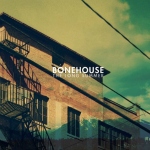 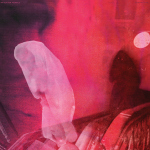 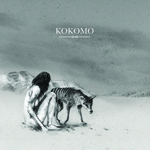